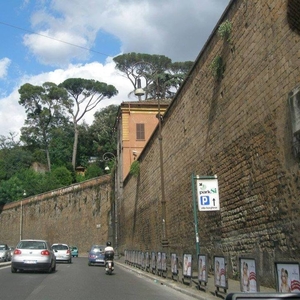 The Rolando profile and its contact details have been verified by our team.

I'm a highly educated Physics Preofesor who could as well teach Mathematics. Have thirty five years of expeiricence teaching General, Modern, Materials Physics, Physical Adsorption, Catalysis, Instrumental for Physicists, Chemist and Engieneers. Have expeience in Powder X-ray diffraction-crystallography; scanning-transmission-electron-optical-microscopy-&-Energy dispersive X-ray-analysis; Mössbauer spectrometry; Raman and IR spectrometry; Impedance spectrometry; thermo-differential, thermo-reduction, thermo-desorption and thermo-gravimetric-analysis; mass-spectrometry; X-ray-photoelectron spectrometry; X-ray-fluorescence;, additionally, invented-constructed-&-tested two new methods; specifically, thermo-dielectric-analysis and Fourier-transform-infrared-thermo-programmed-desorption, together with a new dew point sensor and a magnetic balance; finally, have a large experience applying the software: MS-Office, Origin, Peakfit, Pascal, Basic, Windows, Powder-Cell, Rietveld and Le-Vail.
ii. Natural-&-synthetic zeolites: my role to made Cuba (my country-land) the world leader in Natural Zeolite Science and Technology was “sine-qua-non”, this fact made me one of the worldwide key researchers in this field, as was acknowledged by Dr. Frederick Mumpton, President of the International Committee on Natural Zeolites; besides, developed from laboratory to pilot plant a process for the synthesis of Na-Y zeolite, by the hydrothermal transformation of a natural clinoptilolite and a Na-A zeolite using the liquors remaining after the hydrothermal transformation; furthermore synthesized AlPO-5, CoAPO-5, MnAPO-5, ZnAPO-5 and FeAPO-5 molecular sieves; finally, researched solid state reactions milling mixtures of Na-Y and Na-A zeolites along with AlPO4.3H2O and a natural erionite zeolite plus Fe2(SO4)3.5H2O.
iii. Adsorption-&-Diffusion: my undertaking in these fields, as described in my books along with thirty-seven peer reviewed articles (adsorption) and eight (diffusion) have been outstanding; since, together with exceptional contributions to the theory made extensive experimental research, alone with the construction of pilot plants for air drying and “in-situ” natural gas cleaning reactors, together with filters for ammonia removal and profound gas drying, using natural zeolite packed bed adsorption reactors and experimental facilities to study single-component diffusion and two-component co-diffusion and counter-diffusion of hydrocarbons in zeolites at different temperatures using the FTIR methodology.
iv. Catalysis: have a large experience of successful research during which, produced Pt catalysts for methanol fuel cells; developed a phenol decomposition process using the mechanical activation of a rutile catalyst; deduced mathematical expressions for the calculation of the adsorption-enthalpy of hydrocarbons analyzing their relation to the activation energy of the cracking reaction; besides, studied pyrrole-furfural-&-aniline oligomerization; plus, citronellal cyclization, hexane hydrogenation and ethanol dehydration on zeolites; together with the research of the “catalytic effect” of natural zeolites in fermentation processes; besides, designed-&-constructed flow catalytic reactors for ethanol-dehydration, hexane-reduction and waste-water-cleaning and batch reactors for mechanical activation and oligomerization processes.
v. Magnetism: made relevant studies using the vibrating sample magnetometer method, to establish that, akaganeite displayed a superparamagnetic behavior; Cu(II) hexacyanoferrate (III) polymorph exhibited an antiferromagnetic conduct; layered porous molecular magnet shows an appreciable effective magnetic moment; Ni-&-Cu and Zn-&-Cd nitroprussides showed paramagnetic and diamagnetic behaviors respectively; and SWCNT-Fe3O4 composites exhibited the presence of a large quantity of catalytically active Lewis acid sites; hence, since all these materials are porous their magnetic properties could be modified during adsorption, then can be used as gas sensors.
vi. Ion conduction: have accomplishments in different research projects such as the conception of a new mechanism for proton conduction in perovskites; role of the framework structure of BaCe0.95Y0.05O3-δ, under hydrogen diffusion, in the proton conduction rate; together with the elucidation of the mechanism of direct current transport in zeolites.
vii. Ion exchange: investigated the removal of Pb2+, Cu2+, Co2+ and Ni2+ from water solutions by dynamic ionic exchange in a zeolite packed ion exchange flow reactor; moreover, studied the location and reducibility of Ni ions in HEU type zeolite in order to learn how to produce a nickel zeolite catalyst for the hydrogenation of hexene and benzene; additionally, used ion exchange in natural zeolites in aquaculture, showing that the fishes in a pond where zeolite was poured, survived more time than in normal conditions without zeolite; finally, made a key contribution to the theory of ion-exchange by establishing the trend of the exchange reaction by means of the measurement of the heat evolved during ion-exchange, together with the deduction of the mathematical expression to calculate this parameter.
viii. Design and construction of new research methods: Thermo-Dielectric-Analysis (TDIA)-&- Dielectric Spectrometry (DS); for both methods, the sensor circuit was an operational amplifier plugged in for impedance comparison with two capacitors, i.e., sample and reference capacitors; for TDIA, both the sample-filled and alumina-filled cylindrical capacitors were enclosed in the equipment furnace, fed with the input voltage, VI, generated with a rectified sinusoidal signal, Vin, of 400 Hz and 25 V, then the output voltage, VO, was fed to an X-Y-plotter to get the VO-T thermos-dielectric profile; for DS, the sample capacitor was cylindrical, it was enclosed in a Pyrex tube that comprised two welded wolfram wires connecting the sample capacitor plates with the sensor circuit; similarly as reference was used a carefully calibrated commercial capacitor; moreover, the sample capacitor was enclosed in a furnace and the enclosing Pyrex tube was hooked up to a vacuum system comprising an adsorption-volumetric facility to measure isotherms; finally, the circuit was fed with a wave generator (VI) while an oscilloscope measured the output signal (VO) to get the dielectric spectra; lastly, the Fourier-transform-infrared-thermo-programmed-desorption methodology consisted of a commercial high temperature IR cell, that allowed gas flow-&-heating; then, the adsorbent sample was pressed to produce a self-supported thin wafer, that was placed in the IR cell, then heated while pure nitrogen was flowed to degas it; thereafter, to adsorb benzene, toluene or ethylbenzene, the pure nitrogen gas was saturated with these hydrocarbons by flowing it in liquid benzene, toluene or ethylbenzene; next, the sample wafer was contacted with the gas flow while the FTIR spectrometer in kinetic mode acquired spectra of 1 scan per spectrum, 0.85 seconds per scan, without delay between scans, acquiring enough spectra to draw an absorbance versus temperature profile.

Other tutors in Mathematics

The Rolando profile and its contact details have been verified by our team.

All of our reviews are collected by us and are 100% reliable. They correspond to a real experience lived by students with Rolando.