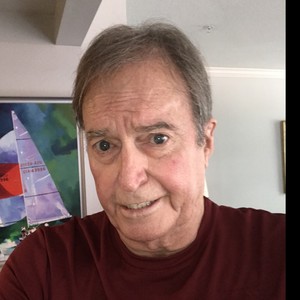 Physiologist specializing in organ transplantation with 8 years of experience to ch share n the life sciences, and have much to share.

I worked on commercial Tuna purse seiners for for winter seasons as a gs-5 gov't agent while a grad student. The purpose of my trips (four in all), average duration 50 days at sea,was to collect porpoise parts and blood samples and described fishing operations which led to the deaths of high numbers or eastern tropical porpoise killed in purse seining operations , collateral damage incidental to tuna fishing operations. I was also the Chief diving office on the Scripps Vessel the R/V Alpha Helix of the Scripps Institution of Oceanography in the summer of 1974 on an expedition in the Aleutian Islands harvesting 40 harbor seals for various medical physiologic research studies. This was a trip of a 90 day duration. I personally worked on the kidney team project when aboard and not in the water retrieving mostly dead seals with my scuba gear!

Education_____
I attended and graduated from UCSD in La Jolla, California. I was san undergraduate Biology major which was completely cellular biology with some elective marine biology thrown in. I was transferred to the University of Bergen, Norway as a biologist and student diving instructor for their new marine station at Espegrend. I returned to complete my Masters in Physiology and Pharmacology, with my thesis being the study of glycogen utilization in the harbor seal kidney during a dive.

Other tutors in Academic English

Physiologist specializing in organ transplantation with 8 years of experience to ch share n the life sciences, and have much to share.

All of our reviews are collected by us and are 100% reliable. They correspond to a real experience lived by students with Robert.