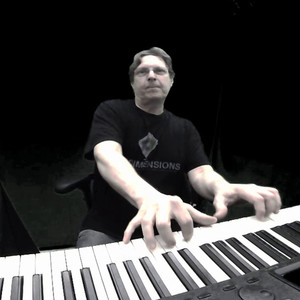 First we'll have a little chat on the phone to determine what your goals are and to let you know how I can help you achieve them. We'll discuss how we can technically manage the lessons - either online or at your home. If you want to work with me online, I have Zoom and we can easily do all the learning online via Zoom and your phone or computer.
We'll discuss what your musical goals are and what you want to learn and I'll tell you exactly what we'll need to focus on to get you where you want to go. I know a ton of stuff so I'll pretty much know right away what you are going to need to learn to get you where you want to be!

I've studied music since I was 2 years old! No B.S. I've been playing the piano since age 3 and the guitar since age 6. I performed frequently throughout my grade school and high school years, and I attended the University of Michigan School of Music for several years. Actually, I ended up quitting college because I had so many playing gigs I just wanted to be on the road. A song I wrote called "Captain Jarvis" was released on United Artists records and reached #7 in the Billboard Jazz charts. I played in and around the Detroit area with many big names. Later I moved to Miami and since then I've held down many house gigs including the Biltmore Hotel, Hard Rock casino and many others. I am currently working and sometimes touring with the Mojo Ike Revue Blues Experience out of Miami Florida.

I charge $25 per lesson in increments of half hour
If I have to travel more than a couple of miles I charge an extra $25 travel fee
I am an expert in music theory and performance so the cost is well worth it.

Other tutors in Music Reading