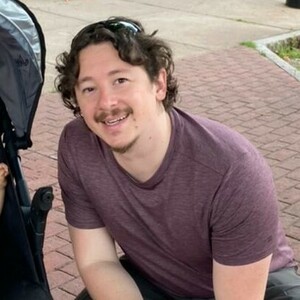 Soccer trainer for all levels and ages. Enthusiast of the beautiful game with experience as a player, camp counselor, recreation department leader, soccer coach, referee, and trainer.

My training revolves around what I think are the most important aspects of soccer that will make a player or team more successful.

Passing and field vision are my favorite aspects to teach. They are often overlooked but are incredibly important. My own playing style focuses on playmaking and passing so I want to pass that on in my training.

I teach defending at both the individual and team levels. From the basics of containing an opponent with the ball to advanced movements as a unit in order for a team to keep a strong formation on the field.

Enhancing foot skills and control of the ball will separate good players from stars. I add additional focus on drills that will improve ball control. Trapping a difficult ball is not enough. The player needs to trap the ball and already direct it to a position that will set them up to send a pass, shoot or make a move. Proper ball control can buy you another valuable second or two.

Adding speed and agility gives any player an advantage on the pitch. They can get beat an opponent to the ball or run by a defender. An added second can make a massive difference. I like to implement footspeed exercises with ladders, hurdles, short sprints, hills, and obstacle courses.

Shooting and scoring are usually the most fun to practice. I include drills to simulate different scoring opportunities and provide tips for proper technique.

Conditioning is obviously integral in soccer as players need to run for 90 minutes (sometimes longer) and still function properly on the field. I implement workouts and running into my training but ultimately, this will need to be done on the player's own time depending on how often they train with me.

I played competitive soccer in Connecticut until entering college. I still play on a regular basis and I hope to train many young players who want to take their game to the next level.

I work as a financial professional but I want to train and coach soccer players because I love the game. I've played almost my entire life and I don't plan on stopping.

I've worked for summer camps, soccer camps, after-school programs, and recreation department centers with children between the ages of 5-12. All with the purpose of teaching kids about fitness, nutrition, and sportsmanship, often through soccer.

I played travel soccer as a kid, competitively for a high-level club team from age 10-18 and for my high school team. After entering college, I played for club teams and I've created pickup groups to play weekly in every city I've lived in. The game has given me so much and I want to give back through it as well.