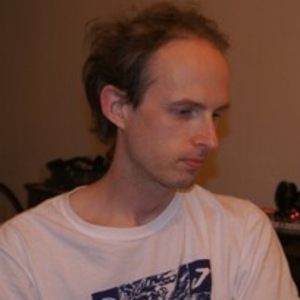 Study piano, guitar and composition with Yale-educated composer and multi-instrumentalist

I offer lessons in guitar/bass, piano/keyboard (classical/experimental/pop/jazz), composition/songwriting, production/recording (DAWs, mixing, editing etc). No matter what level we're on, as musicians and artists we're all part of a wonderful and strange ongoing human project, and I believe that it's my duty to share the knowledge and skills that I've accumulated throughout the course of my life and career.

Over the years, my work has branched out in many different stylistic directions but I am firmly rooted in avant-garde/classical music. I hold two degrees in composition: a Master of Music '11 from the Yale School of Music where I also taught undergraduate lessons in composition; and a BA in Music Composition from the Royal College of Music in Stockholm, Sweden ('09). I've written large scale works for orchestra, chamber pieces, solo music for a variety of instruments, works with multichannel electronics, and works for theater and dance. For those interested, my recorded work is easily accessible online on a variety of labels and my scores are available from Schott Music New York.

As a pianist, I began formal training at age 6 and worked through much of the classical repertoire before deciding to focus fulltime on composition. I am also an accomplished studio musician, improviser (jazz/free/experimental), and a member of several groups/ensembles.

A firm believer in the use of intuition as a primary tool in music making of all kinds, I would like our lessons to be shaped according to your needs and interests. No matter what level you are on, my goal will always be to offer you exactly what you need at each given step. I treat each student as a unique collaborative effort.

Apart from technical and aesthetic approaches, it is usually very difficult and takes a long time to find one's 'voice' as a performer, writer or producer; this is inevitable except in rare cases, and I will endeavour to teach you to trust in your own abilities, overcome insecurities and doubts, and connect your artistic practice with a more unified mindset that goes beyond imagined technical and stylistic limitations and aesthetic policing. The main point is to eradicate unnecessary obstacles to your creativity and learn to trust your intuition and choices.

Adrian Knight (b. 1987) is a Swedish composer and multi-instrumentalist. His work, which “paints a curious American landscape filled with nostalgia and decay, violence and melancholic solitude” (NewMusicBox), is characterized by its lush harmonic language, rhythmic plasticity, and startling unpredictability underpinning its ruminative surface. A musical polymath and tireless experimentalist, his compositions and recordings defy easy categorization and attest to his pursuit of an entirely intuitive music rooted in an ongoing examination of symmetry and structure as spontaneous elements of our brains’ vocabulary. Knight’s scores are published by Project Schott New York and Svensk Musik.

Previous commissions by The Living Earth Show, Andy Meyerson, Karl Larson, Maya Bennardo, the Johnstone Foundation, Bearthoven, TIGUE, Post:ballet, the Yale School of Drama, Margaret Lancaster, Norfolk Chamber Music Festival and others have resulted in a sizable collection of works for diverse instruments, many of which have become mainstays of the ensembles’ repertoire.

His recordings have been released on Cantaloupe, Irritable Hedgehog, Innova, Galtta Media, Thanatosis, Slashsound and Perfect Wave, and have been featured on New Sounds WNYC, ClassicalMPR, WFMU, Resonance FM and NTS Radio to name a few.

He has received numerous awards and grants from the Society of Swedish Composers, STIM Sweden, ASCAP and the Royal Swedish Academy of Music. Knight holds degrees from the Yale School of Music (M.M. 2011) and The Royal College of Music in Stockholm (B.A. 2009).

In addition to his compositional work, Knight is an accomplished studio musician and and an active member of several groups, including Blue Jazz TV, Alice Cohen and the Channel 14 Weather Team, Private Elevators and Synthetic Love Dream. His steady output of solo albums released on Galtta Media has generated a dedicated following in the underground cassette community.

Other tutors in Piano