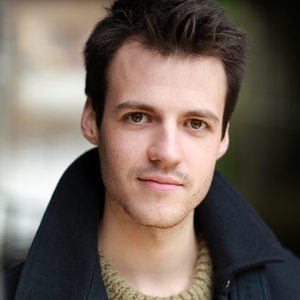 We host the best tutors. Quality of their profile, experience in their field. Calum will be happy to arrange your first lesson Acting.

I'm a gentle and relaxed tutor who tailors classes to the individual requirements of students. I've been preparing students for Drama School Entrance auditions for 5 years - previous pupils have accepted places at RADA and LAMDA!

All classes are available 1 hour, 1.5 and 2 hour sessions.

During the week I prefer to teach at my home in Finchley - at the weekend am happy to travel if it's preferable (Finchley, Archway, Highgate, Camden, Angel, South Kensington, Sloane Square, Chelsea, Westminister etc).

I graduated LAMDA in July 2012 and have been preparing students for the Drama School audition circuit ever since. Some of my previous students have accepted places at RADA, LAMDA etc.

I continue to work as a professional actor; last year I was in the West End/BBC production of HAMLET (with Andrew Scott) and MARY STUART (with Juliet Stevenson). I've also performed with the RSC, National Theatre, NTScotland, Bath Theatre Royal, Birmingham REP, Manchester Royal Exchange and around the world in China and Russia. In 2016 I took the title role in a $12M IMAX movie that filmed in the Amazon Rainforest - it's currently being shown in IMAX cinemas all over the USA.

All of our reviews are collected by us and are 100% reliable. They correspond to a real experience lived by students with Calum.

I offer a free initial meeting (of around 20mins). This allows me to understand what your individual aims and hopes are - and enables us to hit the ground running in our first session! If you wish to expedite the process then I'm happy to do this over the phone!

Find out more about Calum