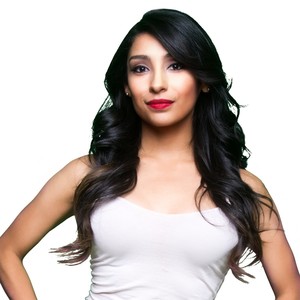 Professional dancer and choreographer with 12 years of experience ready to inspire.

Former dance coach of the Gatorettes dance club team at the University of Houston-Downtown. Also a former Admiral during my time as a Nimitz HS Starboard Angel. I earned a full scholarship to become a Cisco Wrangler Bell, but decided to return home to pursue my dream of becoming a professional dancer. I was able to achieve that dream by earning a spot as an MLS Houston Dynamo Girl. As a coach and choreographer at Nimitz HS drill team, my team was awarded “Best of the best teams” at American Dance/Drill Team competition. I was also the director and choreographer of the Nimitz HS Sailor dance crew and was awarded “Best in Class” ensemble at American Dance/Drill Team competition twice in their first year. Recently I have choreographed, directed, and competed at World of Dance Houston, placed fifth with Showtime Studio in 2015 and competed with Soreal Dance Studio placing second in 2014. I have over 10 years of experience as a dancer from being a backup dancer for various artists to choreographing and learning many different genres from ‘The Nutcracker’ to being a professional Samba performer. I’ve trained and competed with many top ranked teams in the Houston area. I look forward to teach and inspire students in addition to enhancing their knowledge of the dance world.

Other tutors in Dance

Professional dancer and choreographer with 12 years of experience ready to inspire.

All of our reviews are collected by us and are 100% reliable. They correspond to a real experience lived by students with Angie.

This first lesson offered with Angie will allow you to get to know each other and clearly specify your needs for your next lessons.